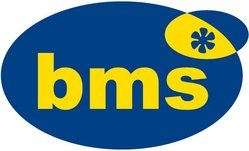 Founded in 1993, Building & Maintenance Services Limited are a leading provider of all types of air conditioning, ventilation, electrical and mechanical, installation and preventative maintenance.

BMS are able to supply and install multi or split air conditioning systems as well as Heat Pump/Heat Recovery VRF systems and Close Control Systems for individual, commercial or industrial use.

Also with a dedicated service and maintenance department BMS are able to offer a wide range of services to both small and large clients nationally.

We are also able to offer a variety of specialist services including:

The 2016/17 season provided George Worth with his senior breakthrough appearances in the Aviva Premiership, European Champions Cup and the successful Anglo-Welsh Cup run.

As a full-back who can also play centre, Worth started the Anglo-Welsh Cup semi-final against Saracens – when he scored his first try for the club in their first-ever win at Allianz Park – and also started the Final win after making his European debut against Munster at Thomond Park.

He gained more senior experience with Nottingham before returning for the Premiership Round 22 win away to Worcester Warriors which secured Tigers’ place in the knockout stages of the tournament.

George and schoolmate Will Evans joined the Tigers academy from Wymondham College in Norfolk and Worth made his first senior appearance in the Kings of the North tournament in the pre-season of 2015. His league debut followed against Bath at the end of the 2015/16 season.