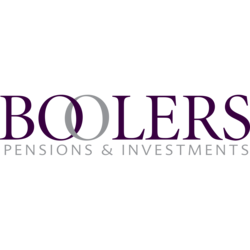 Boolers is a well-established Chartered Firm of Financial Planners, specialising in self invested pensions and investment management for high net worth individuals.

Boolers - Sharing a Wealth of Wisdom.

Leicester Tigers announced the signing of South African back-rower Jasper Wiese ahead of the 2020/21 season and he made a big impact in his debut season, including gaining a first call-up to the Springboks.

Jasper was born in Upington in the Northern Cape and, after impressing at schoolboy level, he joined the Free State Cheetahs to compete in the Currie Cup, making his provincial debut in 2016.

Noted as a hard-working, physical back-rower, he spent a season with Griffons in 2017 before being promoted to the Cheetahs senior squad for the Pro14 and made his debut against Connacht in Ireland.

His ball-carrying stats were a major plus-point as Tigers finished 2020/21 among the top six in the Gallagher Premiership and he won a first Test cap against Georgia before sharing series success against the British and Irish Lions, starting two Tests, and retaining his place for the Rugby Championship.