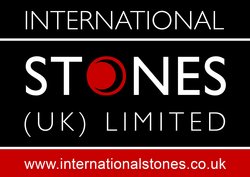 Back-rower Jordan Coghlan joined Leicester Tigers in the summer of 2019 after two seasons with Nottingham in Championship rugby.

He played his early rugby with Clontarf in Dublin and enjoyed schools’ cup success with Clongowes Wood College as well as spending four years in the Leinster academy. He made his senior provincial debut against the Dragons at the age of 20.

Part of the Ireland squad at the World Under-20s, he was also a two-time winner of the British and Irish Cup with Leinster ‘A’ before making eight appearances in a season with Munster and then moving to Nottingham at the start of the 2017/18 season.

He played on the wing in a Championship fixture against Richmond during March 2019 before moving back to his orthodox No8 position the following week against Ealing.

After making his Tigers debut in a Cup win over Exeter early in 2019/20, he also scored the vital try in victory at Cardiff Blues in the second round of the European Challenge Cup to kickstart a run to the competition semi-finals.