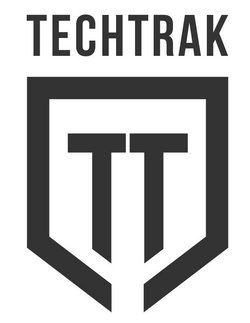 Experience the pure exhilaration of true motorsports, we are TechTrak and we're transforming motorsport experiences.

We’re bringing real racing within reach… by taking you, the race cars and the technology to the very best and most iconic motorsport circuits and locations.

We understand what it’s truly like to be a driver in a competitive racing series and we want you to experience that pure exhilaration too. Combined with our passion for precision, performance and perfection, TechTrak hospitality and corporate experience days are different to any other.

You’ll be exposed to our race-tuned pedigree competition cars, with built-in telemetry technology, which are powered by a professional motorsport team. Our pro-drivers will coach you on your choice of iconic circuit - which include Silverstone, Spa-Francorchamps and Brands Hatch.

Our personal approach will hone your skills and make you the best driver that you can be, cutting seconds off your lap time while driving without limits. We’re bringing real racing within reach for the next breed of GT drivers.

We deliver a unique experience, with real time on the track. Whether you’re a first timer or a seasoned racer, our experiences are designed to make you progress at speed. Our unique combination of pro-drivers, pro-technology and extended time on the track means you will shave seconds of your lap time, building your skills to a professional level.

Find out more at: www.techtrak.co.uk

Back-rower Jordan Taufua, who earned his first call-up with the All Blacks in 2018, was announced as a Leicester Tigers signing from the Crusaders ahead of the 2019/20 season.

An Under-20s cap with both Samoa and New Zealand, Taufua played against the British and Irish Lions with the Crusaders in 2017 and also represented the Barbarians before being called into the All Blacks squad last year.

Noted for his physicality in the back-row positions, he has made more than 80 appearances in Super Rugby since 2013 as well as playing club rugby with Tasman, Canterbury and Counties Manukau.

Born in Otahuhu, in the Auckland suburbs, Jordan was educated at Alfriston College and Sacred Heart College, then at Lincoln University in Christchurch.

He played his first senior rugby with Tasman Makos in 2012 and was recalled into the Canterbury set-up before the end of the season as they were crowned ITM Cup Premiership champions.

A full Canterbury squad member in 2013, he was an ever-present as they retained their ITM Cup Premiership crown, and then moved to Manukau Steelers.

He became a Crusaders regular in 2014, playing 14 times as they finished as they lost to the Waratahs in the Final, and missed just one game over the next two seasons.

Although born in New Zealand, Jordan opted to represent Samoa at the 2011 Junior World Championship in Italy but then played for New Zealand a year later as they reached the Final.

In June 2015, Jordan was part of a World XV which lost 46-10 to South Africa in Cape Town and lined up against the same opposition a year later at Wembley as part of the Barbarians team.