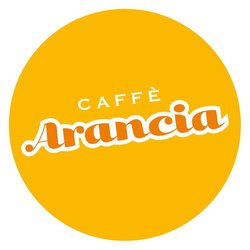 Caffe Arancia is a small, but perfectly formed, Piaggio Ape serving Union coffee, delicious hot chocolate and fresh orange juice to the villagers of the Vale of Belvoir. Central to the ethos behind our little blue coffee van is that everything we serve has been ethically and responsibly sourced right down to our milk which is bought directly from a Leicestershire farm.

As long-term Leicester Tigers fans we are very proud to support the club through our sponsorship of Julian Montoya.

Argentina international hooker Julián Montoya arrived in Leicester during January 2021 after playing for Club Newman, Pampas XV and then the Jaguares in Super Rugby from 2016.

After playing in the 2013 Junior World Championship, he won his first Test cap as a 19-year-old in a win over Uruguay a year later, sharing in a South American Championship title win in 2014 and 2015.

Julián played in all seven games during the 2015 Rugby World Cup and claimed a hat-trick in a win over Tonga in his second tournament four years later.

He had four seasons in Super Rugby and played in the 2019 Final against the Crusaders alongside current Tigers trio Tomás Lavanini, Matías Moroni and Joaquín Díaz Bonilla.

During 2020 he scored three tries in a Super Rugby clash with Queensland Reds and was part of the Argentina squad for the Tri-Nations, including the history-making victory over the All Blacks.