Jump to Main ContentJump to Primary Navigation
leicestertigers.comMattioli Woods Welford RoadContact UsTopps Tiles
Leicester Tigers scored a try in each half as they kicked off their LV= Cup campaign with a 17-16 victory over London Irish at Madejski Stadium on Saturday afternoon.

Miles Benjamin finished off Oli Bryant’s break for his first try of the season in the first period before Robert Barbieri swooped on loose ball on halfway and ran 40m for his first score in Leicester colours in the second.

But it was a victory built on defence. Tigers, who were down to 14 men at two stages in the game after yellow cards for Adam Thompstone and Tom Bristow, held firm under some huge pressure before Irish finally scored through Guy Armitage five minutes from time.

Tigers gave a starting debut to recent signing Tommy Bell and there was a place on the bench for Jack Roberts, who joined the club from Rotherham Titans during the week.

Tigers were captained for the first time by Sam Harrison, and welcomed back from injury Adam Thompstone.

The game was 25 seconds old when Tigers were awarded the first penalty. Javiah Pohe stole possession for Matt Smith to attack the Irish 22 where he was held in the tackle. Bell landed his first points with the penalty.

Tigers came under intense pressure from a series of penalties close to their line, and Irish looked to take advantage with kicks to the corner. Tigers conceded four penalties in quick succession in their 22, which resulted in Adam Thompstone being shown a yellow card by referee Steve Lee.

However, Irish were unable to take advantage of the position, infringing at a close-range lineout and Bell cleared to touch.

Indeed, they were unable to take advantage of their numerical advantage despite putting the Leicester defence under plenty of pressure. Tigers were pinned in and around their 22, but defended resolutely to deny their hosts a scoring opportunity.

Tigers weathered the sin-bin period without conceding a point and when Thompstone returned to the pitch they fashioned a neat move to score the game’s first try. Harrison put Bryant through a gap on halfway and the fly-half had the composure to draw last man Ojo and give Benjamin a free run to the line. Bell’s conversion moved Tigers 10-0 ahead.

Tigers hands in the ruck were punished with a penalty moments later. This time Irish went for the posts and Myles Dorrian landed his kick for the Exiles first points.

It was a scrappy end to the half with the two defences on top, play confined to the middle third of the pitch and chances at a premium.

Roberts was introduced at half-time for his Tigers debut in place of Javiah Pohe.

The Tigers scrum had been under pressure throughout the first half, and were so again at the first set-piece of the second period, giving away a penalty close to halfway.

Dorrian’s kick dropped short and was collected by Harrison, but his clearance was charged down by Eamonn Sheridan. Harrison reacted the quickest, mopping up the loose ball and Bryant eventually found touch on the Tigers 22.

The Tigers defence again came under pressure, but again stood firm, led by Robert Barbieri. The Italy international completed a series of tackles to keep Irish at arms length before his work on the ground won a penalty.

Tigers then won a penalty close to halfway, which Bell took on but, while his kick had the legs, it drifted wide of the right post.

Tigers were again called on in defence but again kept the Irish attack at bay, until Bristow was whistled for not rolling away 8m from his line and received a yellow card from referee Lee. Dorrian’s kick cut the Tigers lead to 10-6 with 24 minutes remaining.

But crucially Tigers were next to score and it came through more excellent work from Barbieri. His pressure in the tackle forced an error on halfway, and he was first to the loose ball and then outpaced the home defence to score his first try in Leicester colours. Bell’s conversion moved Tigers 17-9 ahead going into the final 10 minutes.

Irish thought they had finally breached the Tigers defence with seven minutes to go but were held up over the line, next to the posts.

Tigers held firm in the resulting scrum but were unable to prevent Irish working a position for Guy Armitage to come off his wing and score to the right of the posts. Dorrian landed the extras as Tigers led 17-16 with four minutes remaining.

The Tigers had been excellent in defence throughout the game, and ensured that Irish were unable to break out of their half in the closing stages. Fittingly, it was Barbieri who won the last penalty for holding on as Tigers sealed a hard-fought win by the slenderest of margins. 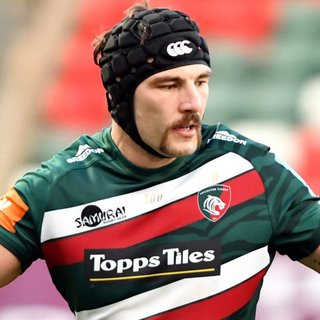 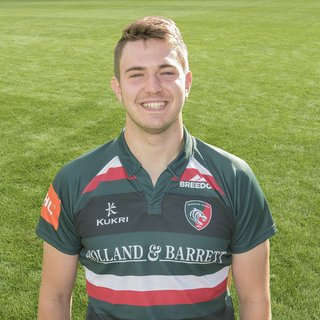 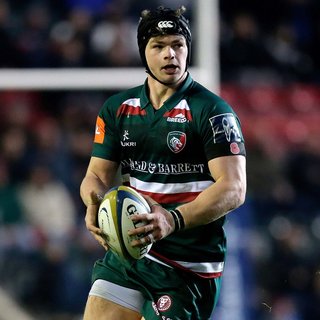