Leicester Tigers survived a second-half fightback from Loughborough Town Ladies to record a 27-20 win in a derby encounter in Women’s Championship North on Saturday.

Sharing a Mattioli Woods Welford Road matchday with their male counterparts for a first time ever, the unbeaten Tigers ran out for only their second home game of the season, captained by centre Natasha Jones, returning to the team after missing the Round 4 win at West Park Leeds.

Loughborough, who had lost just once in the opening four rounds, opened the scoring with an early penalty but Tigers replied with three tries before half-time, scored by forwards Kat Turner and Georgia Westwood plus scrum-half Morgan Richardson, to lead 17-3.

A score from Katie Childs stretched that advantage to 22-3 but the second-half scoring was then dominated by the visitors with three tries quick succession to cut the gap to two before a decisive final score from wing Lucrezia Iavarone secured the win for Tigers.

As well as welcoming back Jones, Tigers had Kat Turner back at No8 and gave debuts to replacements Sophie McMeekin and Zoe Warrington.

Loughborough kicked off and had some early territory, with Childs and Westwood making important tackles in their own 22, but a 30-metre penalty from Lia Green gave the visitors the lead on five minutes.

A scrum won against the head midway inside the opposition half provided a first attacking position for Tigers and they stayed in the right areas of the field with Jones almost making it all the way to the tryline and Roisin McBrien carrying strongly before No8 Turner forced a way over the tryline.

A second try followed from strong work up front and Westwood emerged with the ball to crash over for a 10-3 lead midway through the first half.

The forwards set up a third five minutes later, a dominant scrum giving Turner the chance to pick up and scrum-half Morgan Richardson arrived in support on her shoulder to cut through and score. Childs converted for a 14-point lead.

They added to that at the start of the second half with Childs brushing off a series of attempted tackles to score the team’s fourth and make it 22-3.

Luffs, though, fought their way back into it with a first try a few minutes later. The hooker, Phoebe Andrews, was stopped just short and then they were held up over the line, but ball was recycled quickly from the restart and played to the right where Sarah Smart dived in.

And Tigers were back under their posts when Phoebe Andrews picked up loose ball and ran clear from 40-plus metres for a converted score to drag Loughborough back to within one converted score at 22-15 with 20 minutes to play.

Full-back Harriet Roberts stepped in to foil another break, then wing Zoe Evans chased down the return, but Loughborough stayed close to the tryline with a couple of penalties before being held up once again.

Not to be perturbed, they stayed there through more phases until finally wing Smart was able to reach to the line in the left-hand corner. Green was off-target with the touchline conversion with just two points between the teams.

Relief finally came with a penalty near halfway after some aggressive work from Tigers in defence and a penalty which led to the all-important score.

Warrington made the first carry on halfway and then Jones found Lucrezia Iavarone out wide on the left and the wing broke through the covering defence and won the race to score in the left-hand corner.

Jones made another important intervention in defence as the visitors looked for a reply but it was the Tigers skipper who finally kicked the ball off to bring the game to a close.

A late score from replacement Lucrezia Iavarone secures derby victory for Tigers after a big second-half fightback from Loughborough. Leading 22-3 early in the second half, Tigers were pinned back at 22-20 before the final try.

It will be the visitors from Loughborough to get us underway on this historic afternoon at Mattioli Woods Welford Road with kick-off against Leicester Tigers in Round 5 of the Women's Championship North 1 season. 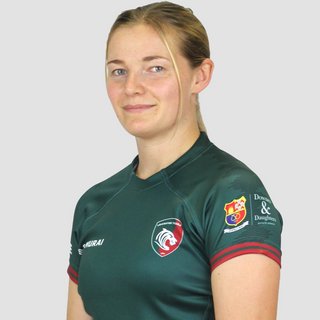 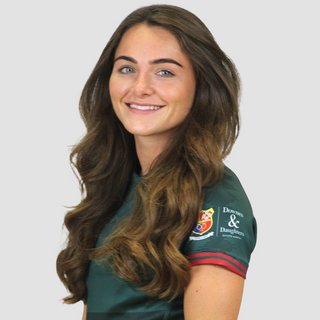 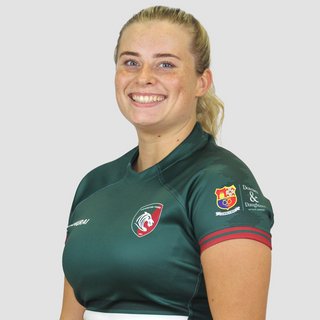 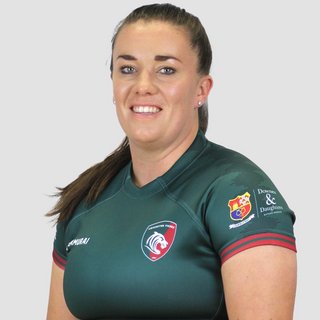 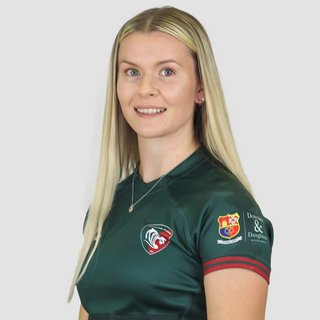 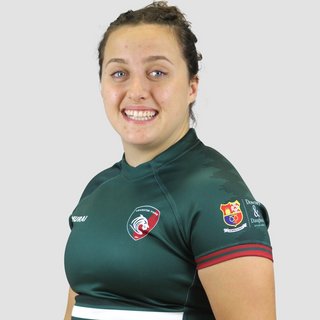 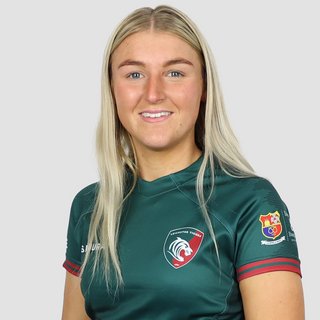 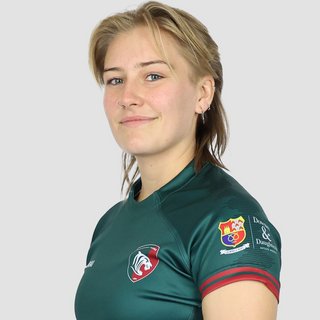 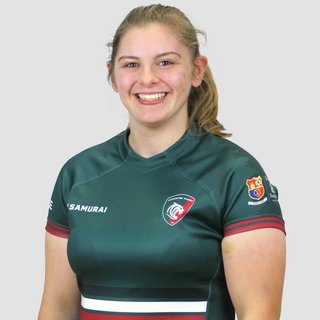 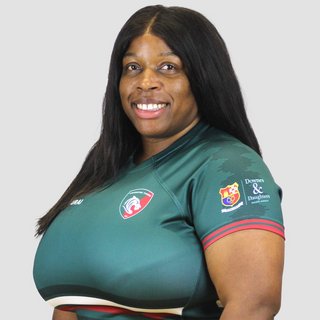 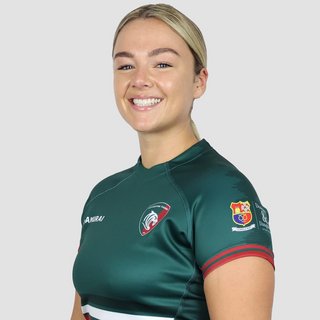 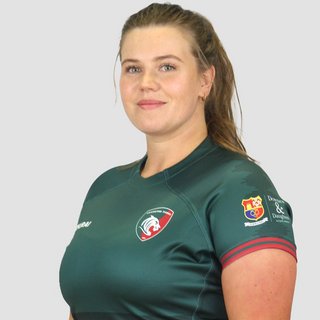 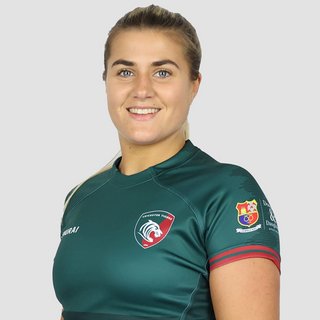 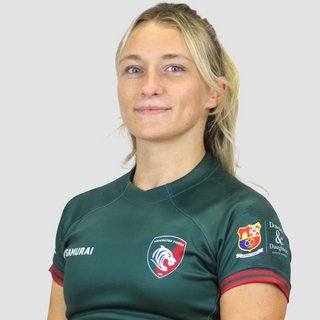 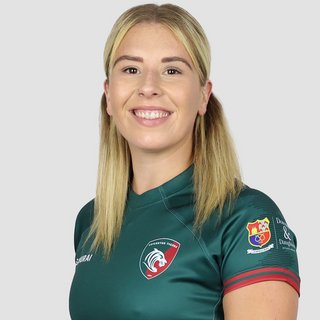 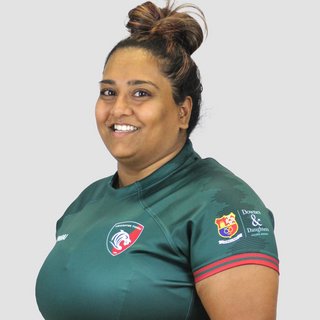 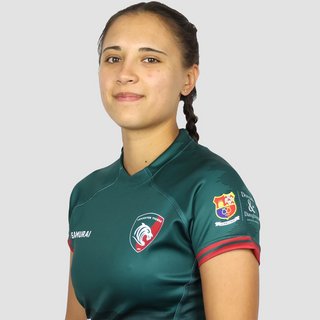 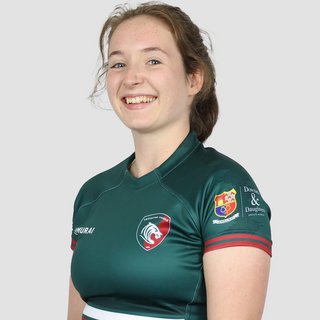 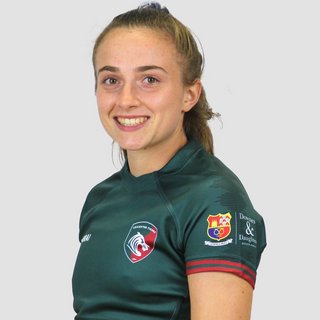 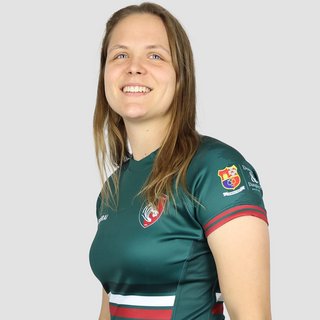 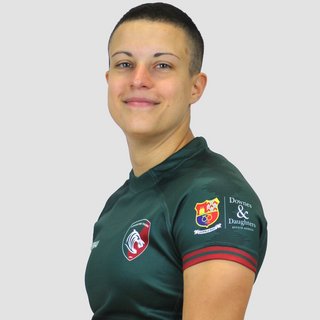 Natasha Jones and Kat Turner return to the Leicester Tigers starting line-up for Saturday’s meeting with Loughborough Town Ladies as part of a Double Header at Mattioli Woods Welford Road.

The experienced Jones missed the trip to West Park Leeds in Round 4 of the Women’s Championship North 1 while Turner is recalled to the back row after scoring a try as a second-half replacement in that 36-0 win.

Jade Shakespeare starts for the first time for Tigers after four appearances from the bench in the team’s debut season.

There is a return to the matchday squad for former Loughborough scrum-half Amy Relf and for Abi Gordon, while Zoe Warrington and Sophie McMeekin are in line for their Tigers debuts from the replacements bench.

The women’s and men’s teams share Tigers matchday for a first time at Mattioli Woods Welford Road in an historic Double Header. The men kick off against an Italian Select XV at 1.00pm, with the women’s derby fixture to follow at 3.15pm. Entry is included in Tigers season tickets.