Leicester Tigers forward George Martin has been called in to the England Rugby squad for the 2021 Guinness Six Nations.

Originally included in the Shadow Squad, alongside Tigers team mate Joe Heyes, ahead of the tournament, Martin has been promoted to the top squad after two fixtures.

“We know he will do us proud in camp, alongside his Tigers team-mates George, Ben and Ellis, who I am sure will look after him, and we will all be watching on proudly for the remaining games in this year’s Six Nations"

Martin was promoted from the Tigers Academy to the club's Development Squad ahead of the 2019/20 season after featuring in back-to-back undefeated Under-18 League title-winning campaigns for the club while attending Brooksby Melton College as part of the club's further education programme.

The versatile forward, capable of playing at lock and in the back row, has made seven first-team appearances, with his debut in a Premiership Rugby Cup game away to Worcester Warriors in 2019.

“We are all very proud of George and excited for him, like we are whenever a Tigers player is named in a national squad and especially when you see a local Leicester player who has come through the club’s academy programme," said Borthwick.

“To be called in to a national squad at his age, with only seven appearances for Tigers, is a tremendous achievement for George and all those who have been part of his career to date."

Borthwick also commended Martin's efforts in fighting his way back into the Tigers team after a knee injury at the back-end of the 2019/20 campaign, his debut season in senior rugby.

“George worked incredibly hard after suffering a knee injury to get fight his way back into the team and it’s a credit to him and the staff at our club for their efforts," added the Leicester Head Coach.

Former England captain and a senior member of the national squad's coaching team for six years, Borthwick knows the demands on players at international level and is confident 19-year-old Martin will do the Tigers Family proud alongside clubmates Ford, Genge and Youngs.

“At only 19, George has a lot of rugby ahead of him and it is exciting to think about the development ahead of him if he continues to work as hard as he has early on in his senior career," said Borthwick.

“We know he will do us proud in camp, alongside George, Ben and Ellis, who I am sure will look after him, and we will all be watching on proudly for the remaining games in this year’s Six Nations."

Martin will be unavailable for the club's Gallagher Premiership game against Wasps on Saturday at Mattioli Woods Welford Road. 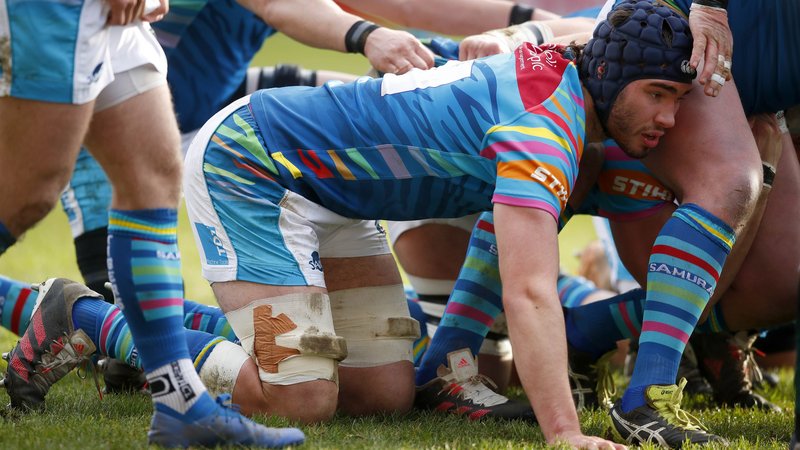