Jaco Taute sits down to discuss Saturday's opponents Harlequins, the honour of being named captain for the away game and alignment across the squad, as well as the incredible achievement of Dan Cole's in reaching 250 appearances for Leicester Tigers.

Jaco Taute on the Tigers squad

Jaco Taute will lead out Leicester Tigers as captain against Harlequins at Twickenham Stoop on Saturday afternoon with a previous 100-per-cent win rate in the role.

Admittedly, he confesses to his one win from one outing as skipper.

“One from one, 100-per-cent record,” Taute says with a smile when asked about being named captain of the team in Round 9 of the Gallagher Premiership season.

“You could say two from two if you count the internal game we had a few weeks ago, so I’m doing okay aren’t I?”

With Tom Youngs among the replacements, head coach Steve Borthwick has handed Taute the “massive honour” which was bestowed upon Richard Wigglesworth for last week’s bonus-point victory over Worcester Warriors at Mattioli Woods Welford Road.

But, like Wigglesworth said pre-match, the South African believes it is a collective who lead and not just the player with the ‘C’ beside his name on the teamsheet.

"It sounds like a cliché, but it really is a massive honour to captain a club like Leicester Tigers,” says Taute.

"What makes it easier is that we have a really good leadership group and are all aligned in terms of where we want the squad to go.”

Unsurprisingly modest, he also awkwardly diverts the conversation away from the topic of himself.

"At the end of the day, it’s not about me, it’s about the team and the team performance at the weekend,” he says.

"The lads need to understand how we want to play on Saturday and be at the right emotional levels for the game.”

Tigers travel south to face a Harlequins side which Taute believes is “very high on confidence” after successive victories and changes in their coaches box at start the year.

However, the former Springboks centre says Tigers travel with their own confidence on the back of positive preparation and a strong plan in place.

"It’s a team that is flying very high on confidence after two very good victories in the past two weeks,” the 29-year-old says.

"They attack very well, they’re a dangerous side, but we have prepared well this week and are looking forward to the match.

"We know how we want to play and have a good game-plan in place.”

Named at outside-centre, with Matías Moroni moving to the wing, Taute is among a handful of changes in the Tigers team and believes it’s a sign that things are progressing nicely.

"We have been working hard, training hard and building towards the way we want to play. The lads have a good understanding of that,” he says to a question about the new names.

"Credit to the coaches and the hard work that has been put in at the training ground. But, look, at the end of the day it’s about how you perform on the weekend and we know that. That’s what people judge you on, the 80 minutes of game time.

"I feel we are aligned and hopefully it comes through on Saturday, so we can show the rewards for the amount of hard work that has been put in by everyone at the club.”

One man who could claim to having put in more hard work over a longer period than most at the club is Dan Cole.

"He loves this club, he wants it to be successful and you couldn’t ask for a better team-mate"

The front-rower is in line to reach the milestone of 250 first-team appearances for Tigers on Saturday – more than the combined total of matches for the club played by the starting team against Quins.

And Taute, a team-mate of Cole’s for a little over 12 months, says the feat is an “incredible” one by the Tigers tighthead.

"It is incredible and, especially in the latter part of his career, we have seen a rejuvenated Dan Cole,” he says.

"He is highly committed to this club, I saw it on day one and every day since.

"This is an incredible achievement, especially when you put it alongside the amount of internationals he has played for England and the Lions.

"He loves this club, he wants it to be successful and you couldn’t ask for a better team-mate.” 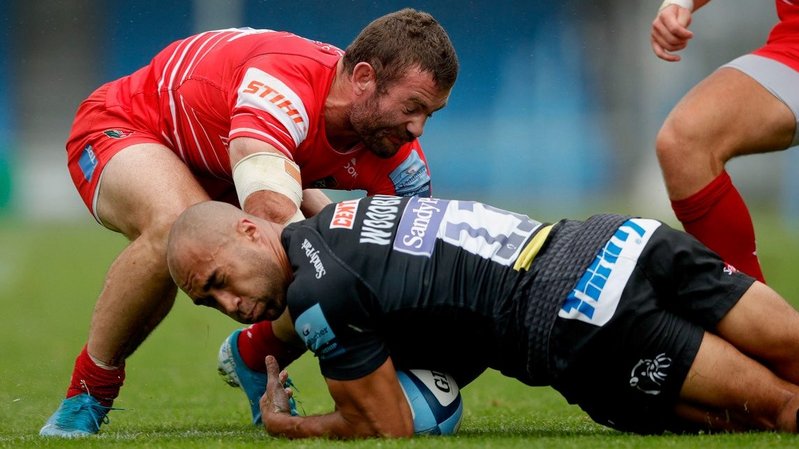