A second-half try from Hanro Liebenberg and the kicking of George Ford gave Leicester Tigers a 19-11 win over Sale Sharks at Mattioli Woods Welford Road on Saturday.

After victory in each of the opening five games of the season for the first time in their Premiership history, Tigers led 6-3 at half-time as they protected the last unbeaten record in the league against a Sharks side with a strong recent record in the contest.

It had been a cagey opening 40 minutes, with both defences denying any clear-cut opportunities, though Tigers had got off to a strong start with scrum-half Ben Youngs prompting from the breakdown as Nemani Nadolo twice carried through midfield.

But they had to wait for half an hour to make any impression on the scoreboard with Ford kicking his first penalty and then adding another shortly after Kieran Wilkinson had opened his Sharks account.

A wonderfully crafted try for Liebenberg pushed that lead into double figures in the third quarter but it remained a tight contest until Ford added a late penalty to make it 19-6.

Sharks, with wins in each of the last five meetings of the teams and also in their last three visits to Leicester, still had one chance to take at least a point as they scored a try with the clock already beyond 80 minutes. But the missed conversion attempt meant they had to go home empty-handed.

Youngs, Dan Kelly and Calum Green returned to the starting line-up selected by Steve Borthwick who also had Marco van Staden making his home debut and Jasper Wiese on home soil for the first time this season.

Tigers built early pressure as Youngs and Ford got the backline moving from quick recycle among the forwards and two charges from Nadolo which kept them in the opposition half, but they were met by sound defence.

The roles were reversed as Sharks then built momentum but despite pinning back the Tigers, they were unable to forge an opening, even from a penalty into the right-hand corner earned after trademark work on the floor by flanker Tom Curry.

As half-time approached, both teams were subject to the referee’s whistle and a block by Byron McGuigan on Nadolo as the wing chased a teasing kick from Ford finally gave Tigers the opening they had been looking for as the penalty set up a lineout drive on the left.

Although Julián Montoya, so often a scorer from there, eventually got to the tryline, he was penalised after bouncing to his feet from a tackle and the score was disallowed.

The opening points did come just after the half-hour when Ford landed a 35-metre penalty following a high tackle on Ellis Genge.

That advantage did not last long, as Wilkinson kicked a penalty for Sharks from in front of the posts, but when the whistle went again as Jasper Wiese was impeded in trying to present the ball, Ford landed a kick from the 10-metre line to give his side a 6-3 lead they held at the break.

An error from Sharks at the restart gave Tigers an early platform but, just as they looked to pick up pace in possession, Jean-Luc du Preez got on the ball at the breakdown and referee Dickson whistled in Sharks’ favour.

The opening try of the afternoon was well worth waiting for on 50 minutes as Liebenberg finished an enterprising move which began back in the Tigers half.

A big scrum push gained a penalty award but Tigers carried on playing with the advantage and Wiese’s clever offload put Youngs away on the right. The scrum-half manufactured space for Liebenberg by drawing in the defence, but the flanker still had to outstrip the final defenders and score in the corner. Ford added the conversion for good measure and a 13-3 lead.

Wilkinson and Ford traded penalties again – with the Tigers fly-half landing a beauty from the left touchline – as the scoreline reached 16-6 just before the hour.

Opportunities remained at a premium but, with 10 minutes remaining, Tigers were eventually able to break out again as Nadolo scooped up loose ball on his own 22 and released Harry Potter on the right. His kick ahead had Tom Curtis back on his own line where he was met by the chasing Steward and forced to dot down in-goal.

From the scrum, George Martin picked up at No8 and was met with a rugged challenge from Rohan Jense van Rensberg, though the referee said there had been no foul play after checking the replays.

Tigers remained camped in Sharks territory and another scrum brought a penalty which gave Ford the chance to calm any nerves with another three-pointer and a 13-point lead with just a couple of minutes left to play.

But Sharks still had an opportunity to claim something from the day from a series of penalties on the left. When hooker Curtis Langdon finished a driving maul with a try, fellow replacement Tom Curtis dragged his kick wide of the left-hand post with the clock already dead.

The game closes with Tigers 19-11 victors and still the only unbeaten team in the Gallagher Premiership after 6 rounds.

Curtis Langdon scores for Sale from a lineout drive but the missed conversion means they are out of bonus-point reach.

Good work from Genge and then Kelly gets Tigers forward again and Nadolo threatens down the left touchline before the Sharks scramble back in defence.

Sharks get some steam up in attack but Tigers working hard in defence and Harry Wells wins a penalty as he proves immovable at the breakdown. Still 16-6 in front.

Sharks have emptied the bench, Tigers have used Martin, Wigglesworth and Moroni from their replacements so far.

Penalty kick from Ford, over on the left touchline, and the crowd cheer it all the way through the posts for a 16-6 lead.

Nothing happening in the early stages of the second half other than two big scrums from Tigers. The second one, back on their own 10-metre line, allows Jasper Wiese to pick up and go.

His incredible offload sets Ben Youngs away down the right, the scrum-half cleverly brings in the defender then releases HANRO LIEBENBERG who beats the last two defenders on the right to dive in and score.

George Ford will get the second half started with Tigers kicking towards the Mattioli Woods Stand end with a 6-3 lead against the Sharks.

No changes to the teams at the break.

It's tight, it's a full-on contest, and Tigers lead 6-3 at half-time thanks to two kicks from George Ford.

Wiese is impeded in placing the ball after a tackle on the Sharks 10-metre line, and Ford puts the kick over for the lead again at 6-3 just before half-time.

High tackle on Ellis Genge, and George Ford thumps over a penalty from 30 metres for the opening points of the day.

Sharks are forced into a change, Sam James on for injured Simon Hammersley at full-back.

The penalty into the corner allows Montoya to take control at the back of the maul and, when he is tackled just short, he bounces up again and places the ball beyond the whitewash. Referee says tackle complete, no try.

Both teams falling foul of the referee during the mid-section of the first half. But still looking for that opening chance.

McGuigan's block on Nemani gets the crowd on their feet, Tigers go to the left-hand corner.

NO ROOM FOR MANOEUVRE

Both defences are so quick up and so efficient, space is at a premium in every area here. Quarter of the way now and no score.

Tigers win ball near halfway but then it is turned over again and we see the danger from Sharks as they pile forward.

The defence goes to work though, meeting fire with fire until finally Marco van Staden gets over the ball and wins a penalty.

Big roar from the home crowd.

Ford and Steward take control after being tested by big kicks from Sharks.

Tigers try to play out from defence but Nadolo is taken into touch near halfway.

Penalty against Tigers, Sale No10 Kieran WIlkinson is called up to kick but pushes it wide of the posts from 20 metres.

Lineout move from a Sharks penalty gives Manu Tuilagi a trademark charge from 15 metres out, but he spills ball as the Tigers defence closes in.

The referee has to wait for heads to cool between the rival teams before starting play with a Tiger scrum.

Some nice work in the air from Calum Green, prompting from Ben Youngs at scrum-half and two big carries from Nemani Nadolo through midfield in the opening minutes as Tigers stay in Sharks territory.

Sale Sharks get the game started. Here we go...

Tigers have completed the warm-up and head to the tunnel with the sound of another big home crowd ringing in their ears.

It’s a bit chilly, a bit blustery, but it’s the hottest ticket in town, Tigers versus Sharks.

Kick-off is just a few minutes away. Follow all the action here with Matchday Live.

Tigers go into this contest as the only unbeaten team in the Gallagher Premiership after winning the opening five games for the first time in the club’s history.

But Sharks have won the last five meetings of the teams and have not lost on Tigers turf since September 2018, when George Ford kicked 14 points to go with a try from Kyle Eastmond in a 19-15 victory for the hosts.

Calum Green, Ben Youngs and Dan Kelly are back in the Tigers team and flanker Marco van Staden makes his home debut after outings in the away wins over London Irish and Worcester Warriors.

Jasper Wiese, in his first home appearance of 2021/22, lines up opposite his brother Cobus, while Manu Tuilagi will play in front of a Mattioli Woods Welford Road crowd for the first time since leaving Tigers in the summer of 2020.

World Cup winner Lood de Jager returns for the visitors as Alex Sanderson makes seven changes to his squad following the win over Quin last Friday. Rohan Janse van Rensburg, Marland Yarde and Ben Curry are all included and young scrum-half Nye Thomas is named in the 23 for the first time.

We’re LIVE from Leicester Tigers versus Sale Sharks at Mattioli Woods Welford Road today in Round 6 of the Gallagher Premiership season. Kick-off is at 3.00pm. 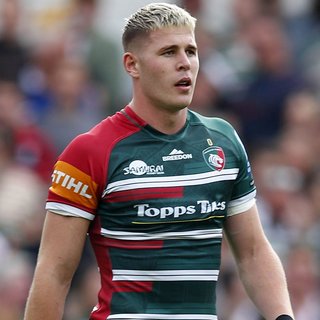 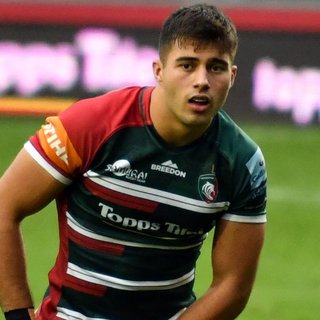 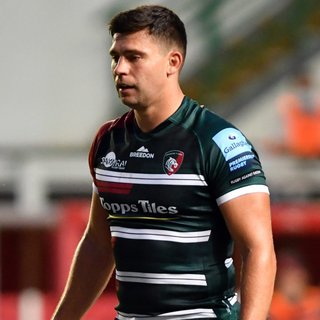 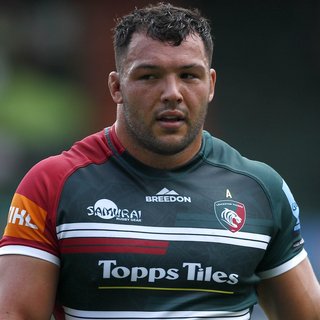 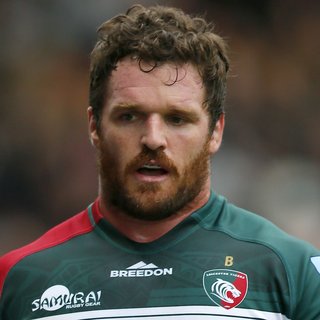 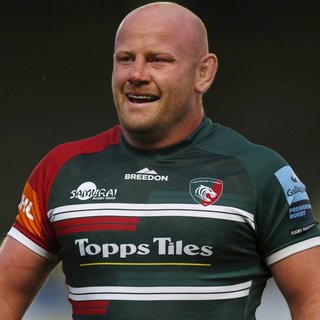 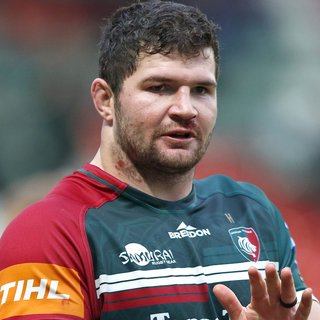 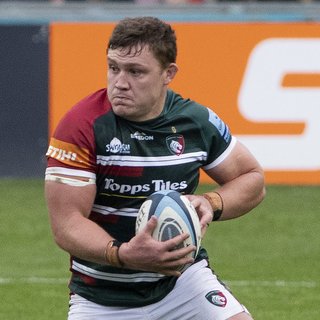 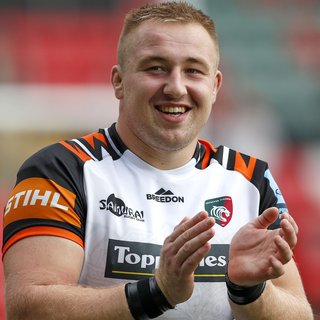 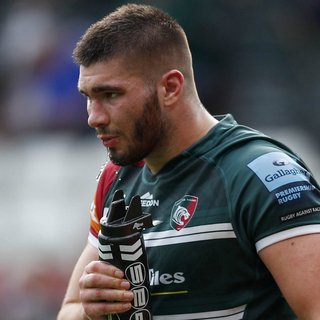 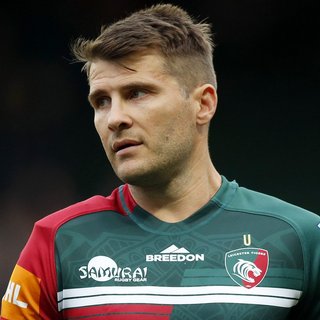 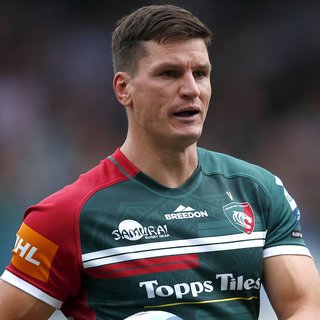 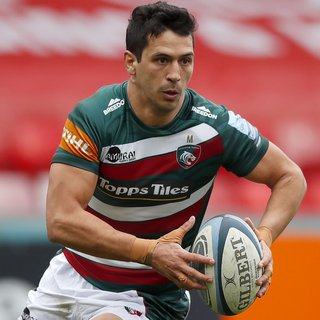