Leicester Tigers suffered a 51-18 defeat at Saracens in Round 4 of the Gallagher Premiership season on Saturday.

Saracens had started the season with two bonus-point wins, against Harlequins and Gloucester, and they added a third, setting the foundations with four tries in the first half and then adding three more after the break to fend off Tigers who scored through James Cronin and Freddie Steward.

The Tigers team showed eight changes to the line-up from the win at Northampton Saints in Round 3, with Anthony Watson making his debut and fellow summer signings Phil Cokanasiga and Olly Cracknell given a first start. Handrè Pollard was selected among the replacements.

Saracens added Callum Hunter-Hill and Nick Tompkins to the starting line-up, with Hugh Tizard in the second row in a week which also featured his first call-up to the England squad.

Tigers, in red, got the game started and two early handling errors from Sarries kept play at their end of the field, aided by a penalty at the opening scrum.

The first points came as Tigers converted territory into scoreboard movement when the referee whistled against Sarries in defence and Burns kicked the penalty with six minutes played.

He soon doubled that lead but, when Tigers were whistled in defence immediately afterwards, Owen Farrell opened his account with the kick from 25 metres, sand they quickly followed with a try from Alex Lozowski.

Play was confined to the Sarries end when they decided to go from deep and exchanges from Alex Lewington and Ivan van Zyl gave centre Lozowski the run-in to score. The conversion from Farrell made it 10-6.

Ben Earl thought he’d added a second when he chased a chip from Max Malins, but referee Carley checked with the TMO on a shove from the flanker on opposite number Tommy Reffell in-goal and awarded the penalty to the visitors.

Back-rower Earl would have to wait for his try until after Cronin ran in for Tigers, following a chip-kick from Burns and benfiting from the bounce to score.

The conversion made it 13-10 to the visitors, but only for two minutes as Elliot Daly broke for Saracens and put Earl free to score in the right-hand corner.

Sarries were penalised twice in defence as the game entered the second quarter, but Tigers were kept out and then Jamie George cut a fine line in attack to set up a third try for the home side, this time Max Malins benefiting from the break to dive over. Farrell’s conversion made it 22-13.

The referee spoke to Farrell about the build-up of penalties approaching half-time, and Cokanasiga sensed an opportunity before Lozowski and Malins made the tackle and won a turnover.

The home side then cheered a bonus-point try, with scrum-half Ivan van Zyl making the final reach to the line after pressure on the right. Farrell’s conversion kick came out off the post but he led his team back to the changing rooms 27-13 in front at the break.

Steve Borthwick made changes at half-time, including the unveiling of Pollard for his debut. Ollie Chessum and George Martin joined the forward pack.

Pollard’s first contribution was a break through midfield, and Tigers broke again from deep shortly afterwards, gaining a penalty which led to set-piece pressure until Cronin drove for the line again, only to be held up under the posts.

Martin broke through two tacklers to get Tigers forward again and the next scrum brought a penalty which Tigers used to create position for the second try, with Steward scoring for a fourth time in eight days after strong work up front and then by Watson and Cokanasiga to spin out of contact and dot down in the left corner.

After a missed conversion, Tigers were quickly back into rival territory and rewarded with a lineout penalty when Harry Wells was impeded. But they were frustrated by the defence, first as Theo McFarland clawed lineout ball back and then when with a penalty on the floor just 10 metres out from the tryline.

A Tommy Reffell turnover gained reward on the edge of the Saracens 22, but when they went for the lineout the whistle went the other way for obstruction just as the flanker linked with Charlie Clare at the front.

Retribution came quickly as Daly scored a fifth try, capitalising on set-piece ball on the right and then wriggling out of a tackle to score on the opposite side.

The conversion stretched the lead to 34-18 with an hour played and Sarries quickly added to the total as a one-handed lineout catch from McFarland set up a penalty for Farrell and then flanker McFarland added a try from a set-piece with the extras taking the score to 44-18.

Harry Wells stepped in to win a penalty on the floor as the game reached its closing five minutes with Tigers looking for the final score of the game, but it went the other way as Sean Maitland picked off loose ball upfield and ran away to dot down a seventh try for Sarries, despite a late fumblem, and the conversion from Daly took the tally past the half-century.

Elliot Daly adds a conversion to make it 51-18 with the last action of the afternoon.

Sean Maitland intercepts to score - after checking the grounding. It's 49-18

Theo McFarland finishes a drive from Saracens with a try, 42-18 on 68min

From set-piece ball on the right, and playing with advantage, Elliot Daly beats a couple of Tigers defenders to score on the left. 32-18.

Conversion of the Steward try is missed, score is 27-18 to Saracens on 52min.

Freddie Steward put on the ball on the left wing and beats the last two defenders to score. It's 27-18 on 51min.

Martin is also on in the back row, with Liebenberg off.

Pollard and Chessum are on for Tigers in the second half.

Saracens 27-13 Tigers. Scores from Lozowski, Earl, Malins & van Zyl versus one from Cronin.

Farrell conversion out off the post but still lead 27-13.

Jamie George spots a gap and sets up Max Malins to score for Sarries, they lead 20-13.

Instant response from home team as Daly breaks and Earl scores in right-hand corner. 15-13 on 23min

Burns converts Cronin try to give Tigers a 13-10 lead on 21mins.

Try for James Cronin, following a chip from Burns, the ball bounces up and the prop is in to score. 10-11.

Saracens dot down through Ben Earl but referee spots the shove in the back on Tommy Reffell as he chases a chip-kick and no score awarded. Still 10-6 to Sarries.

Farrell converts the Lozowski score to give Saracens the lad at 10-6 on 16min.

Sarries attack from deep and score through Alex Lozowski.

Play is all at the Sarries end from kick-off and Tigers have a penalty, Burns kicks for a 3min lead on 6min

The visiting team will get the action started. Tigers are in red shirts and playing left to right as we look from the dugouts. Here we go!

Leicester Tigers and hosts Saracens have both taken two bonus-point wins in the Gallagher Premiership season so far.

Today’s hosts Saracens beat Harlequins and Gloucester after a free week in Round 1 while Tigers have recorded wins over Newcastle and Northampton in the last two rounds after an opening-day defeat at Exeter Chiefs.

Anthony Watson makes his Tigers debut and Handrè Pollard is named among the replacements. There are first starts for Phil Cokanasiga and Olly Cracknell. Joe Heyes and Harry Wells return to the forward pack.

Looking at a first meeting of the teams since last season’s Gallagher Premiership Final, Wells said: “We obviously enjoyed the Final at the time but it is a new season now and you all have new challenges to tackle. Saracens have a star-studded team, they’ve been a special team for a long time.”

Sarries lost just once at home in the Gallagher Premiership last season, while Tigers have won just once at the venue in nine visits.

Saracens No8 Billy Vunipola said: “This season we have a new focus on ourselves and how we can get better. We want to be a team that can adapt to anything and we want to play what’s in front of us, which we’ll have to do against a strong Leicester side.”

Tigers are in the change colours of red shirt and white shorts.

Wherever you are today, keep up with the action from Leicester Tigers’ trip to Saracens with Matchday Live on the Tigers App and website at www.leicestertigers.com. Kick-off is at 3.00pm. 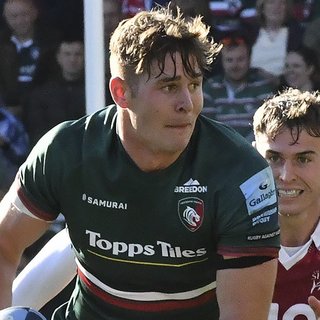 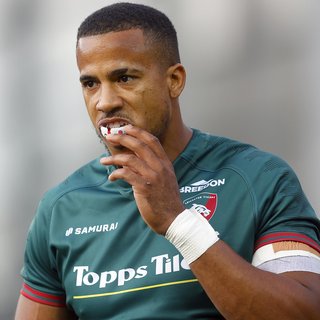 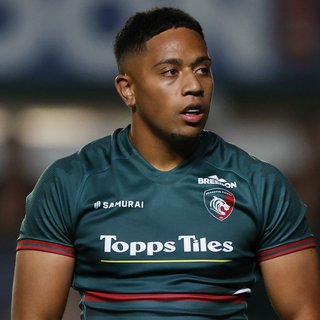 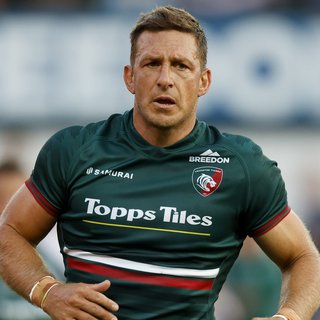 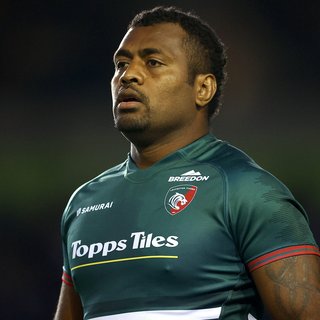 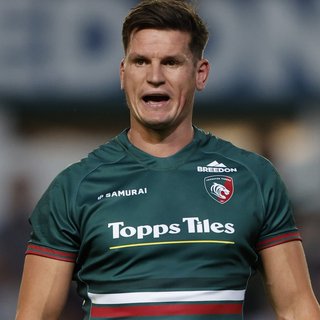 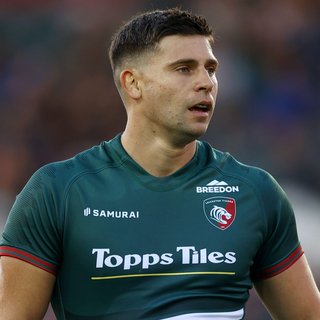 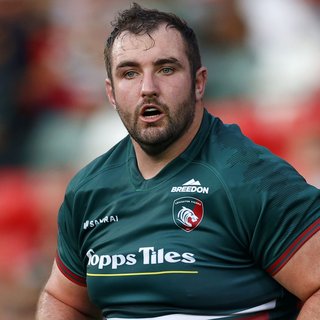 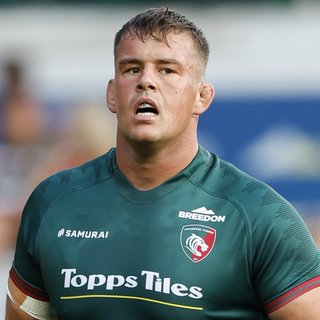 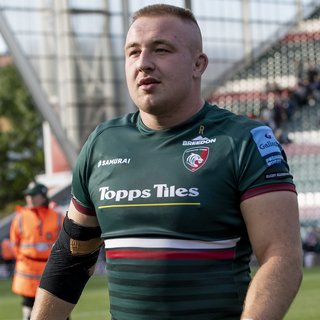 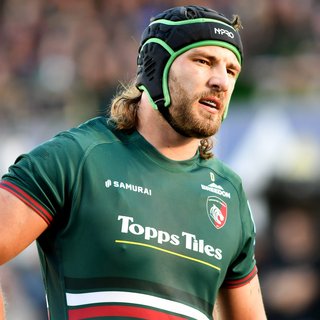 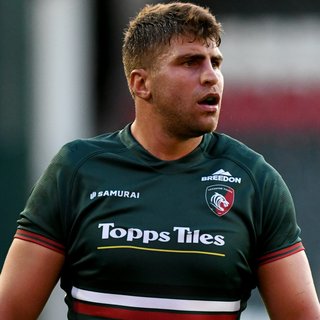 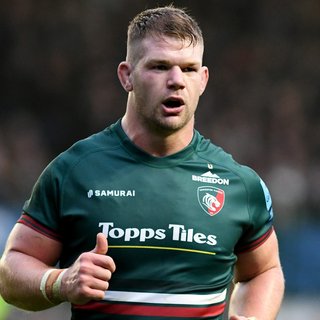 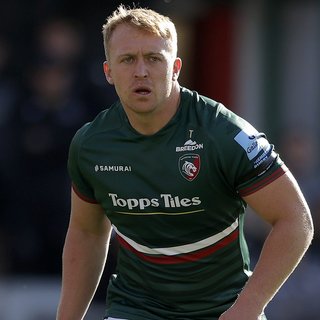 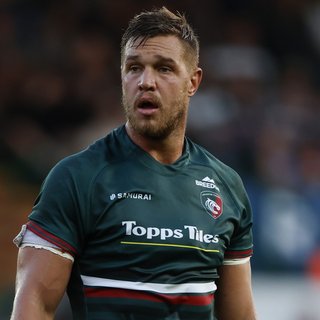 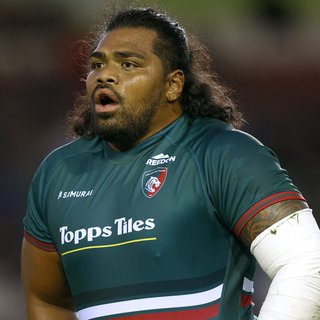 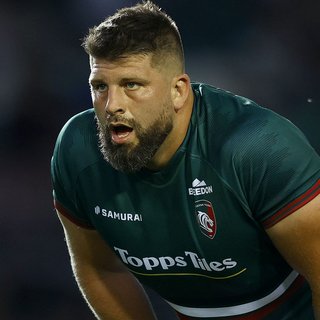 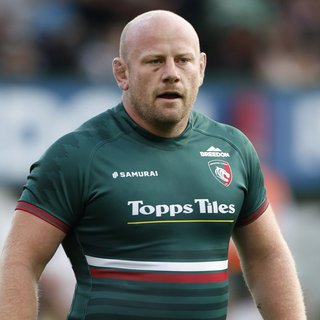 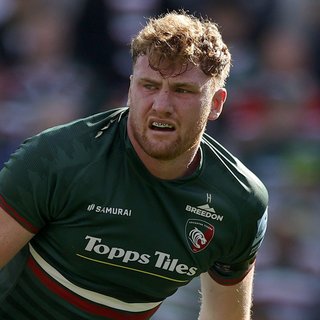 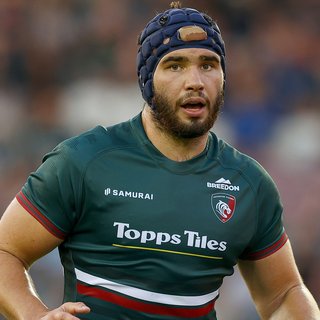 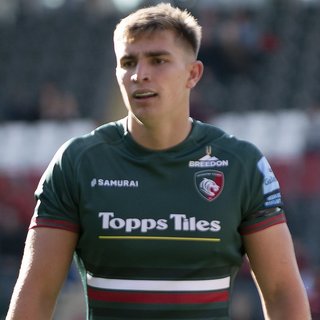 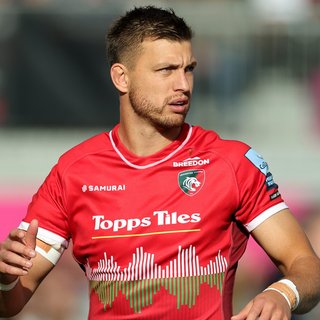 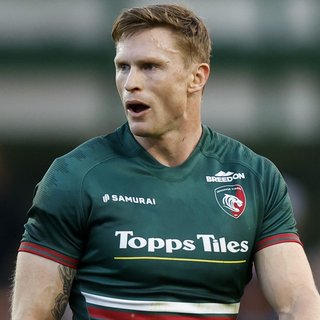 Steve Borthwick has named the Leicester Tigers matchday squad for the club’s away game against Saracens in Round 4 of the 2022/23 Gallagher Premiership season.

Hanro Liebenberg captains the side with Ben Youngs named as vice-captain for Saturday’s match at StoneX Stadium.

Borthwick has made eight changes to the starting side from the away win over Northampton Saints in Round 3.

Anthony Watson is named to make his Leicester Tigers senior debut, while Handré Pollard is in line for his first appearance after being included among the replacements.

Phil Cokanasiga, Olly Cracknell, Joe Heyes and Kini Murimurivalu have been named to make their first starts of the 2022/23 campaign after featuring from the bench during the opening rounds.