Leicester Tigers closed their pre-season fixtures with a 24-29 defeat to the Scarlets at Mattioli Woods Welford Road on Thursday evening.

With the start of a new Gallagher Premiership season just over a week away – Tigers open with a home game against Exeter Chiefs next Saturday – George Ford and Calum Green returned to Tigers ranks while both coaches spread gametime across extended squads on a humid evening during one of the warmest weeks of the year.

Matt Scott was the Tigers tryscorer in the first half which combined with a conversion and penalty from fly-half George Ford for a 10-8 lead in a competitive and physical encounter.

A Tom Youngs try at the start of the second half extended that lead briefly but back-to-back scores from the visitors took the Scarlets in front.

Ford then converted a Nephi Leatigaga score midway through the period as both teams unloaded their benches before wing Ryan Conbeer supplied the decisive word with the fourth Scarlets score.

Led out by new club captain Ellis Genge, Tigers went a score behind just five minutes into the third game of pre-season as the visitors retained ball through phases before wing Tom Rogers found a gap just a couple of metres out and dotted down on the left.

Tigers missed an opportunity for a reply from set-piece ball on the right and were made to work hard to build from deep until a diagonal kick from Ford pushed play up to Scarlets territory and provided throw-in ball for his team under the new 50/22 ruling.

It set up a perfect response as Genge carried and Scott arrived on his shoulder to score next to the posts. Ford added the kick for a 7-5 lead on 13 minutes.

Scarlets, who included former Tigers trio Sione Kalamafoni, Tom Price and Sam Costelow in a line-up captained by international centre Jonathan Davies, then gained a number of penalties as they tested Tigers in defence until fly-half Costelow kicked a three-pointer for an 8-7 lead on the half-hour.

A slick combination between Scott and Dan Kelly broke the defensive line as Tigers got back on the attack but greasy ball on a humid evening was spilled 15 metres out.

Ford, though, kicked Tigers into a 10-8 lead with a 40-metre penalty before half-time.

Ollie Chessum was the first of the replacements to join the action after the break and Tigers claimed the opening points as Tom Youngs forced his way over from close range after Scarlets had lost Price to a yellow card in defence in front of the posts. Ford’s conversion made it 17-8.

But Scarlets wing Steff Evans then managed to wriggle free on the left touchline and, after recycling, got back into position to score in the corner, with the conversion bringing the score back to 17-15 as Price returned from the sin bin.

They quickly added another when Steff Hughes, wearing a No27 shirt, ran clear on the left, but pressure from Tigers brought a rapid reply with Leatigaga barging over for the team’s third try and Ford’s conversion from wide on the right putting his team 24-22 in front around the hour.

Ryan Conbeer provided the next score after smart work down the Scarlets right and when Dan Jones added the kick, the visitors led again entering the last 10 minutes of the game and held on for the victory.

Up and running in the final game of pre-season

Follow updates on Tigers media throughout the evening, with reaction on social media, website and app to follow. Please note there is no Matchday Live service this evening. Coverage is available by a free livestream if you are not in the stadium. 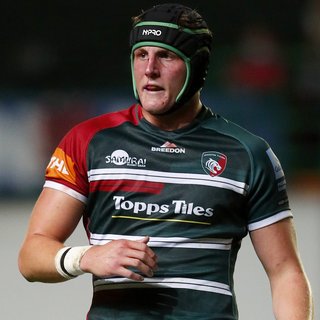 Steve Borthwick has made one change to the matchday squad announced for the final pre-season fixture of the 21/22 campaign against Scarlets on Thursday (September 9) at Mattioli Woods Welford Road.

The starting side named on Wednesday afternoon remains unchanged, with the lone switch made among the Leicester Tigers replacements.

Juan Pablo Socino drops off the 13-man bench and is replaced by Dan Lancaster.

Previewing the match, Borthwick said: "It's a short turn around, which gave us a different training week and conditions to prepare in and ensure we were ready to perform on Thursday night.

"Scarlets are a good side with an experienced squad and led well by a strong coaching team, who present a different challenge to what we have come up against already this pre-season.

"It's also an exciting opportunity for us to play in front of our supporters again in back-to-back games, which many in this squad - including myself - have never experienced at Mattioli Woods Welford Road."