Jack van Poortvliet says the experience gained as captain of club and country can only help his development as a player.

The scrum-half led Tigers to back-to-back wins over Sale Sharks and Wasps in the Premiership Rugby Cup in his first experience as club captain after celebrating a Six Nations Grand Slam as England Under-20s skipper in the summer.

“It is something I really enjoyed with the Under-20s in the summer and I’m always keen to improve that leadership side of my game,” said the 20-year-old Tigers academy graduate.

“In my position as scrum-half, it’s always good to do that.

“When Steve [Borthwick] told me, I was really excited about the opportunity, it is a real honour to captain Leicester Tigers, my boyhood club, but I also wanted to make sure we put on a performance to go with it.

“Steve challenged me on how I could have an effect on people during the week and try to influence that and help people around me. That gave me an insight into helping others and having that wider perspective in the whole group.

“That experience can only help me as a player too.”

In the page of the Tigers matchday programme, van Poortvliet reflected on his international experience with the Under-20s, saying: “The tournament was re-arranged after Covid and the squad was kept together because we were based at a hotel for three-and-a-half weeks so it was a very close group.

“After being made captain, it made me more aware of the influence you can have and how you’re always going to be looked at. I suppose it also made me more accountable for others, though there were other leaders in the group too.

“I had help and advice, but it was also about finding your way as a captain as part of your own development too.

“Then when I came back to Tigers it was important to take the lessons from that and make sure I still had a voice when I got back to the squad here, especially in my position.”

As a scrum-half still six months short of his 21st birthday, van Poortvliet is in a prime position to work with Richard Wigglesworth and Ben Youngs, two of the most experienced players in the English game.

“Having them there means I am constantly improving,” he says. “They’ve got incredible experience and both of them are willing to help.

“We have conversations every day. We’re constantly reviewing and that can only make you better.

“Also, that competitive aspect of trying to challenge them means I can never relax from my work in training – you have to be on it all the time and that makes me better.” 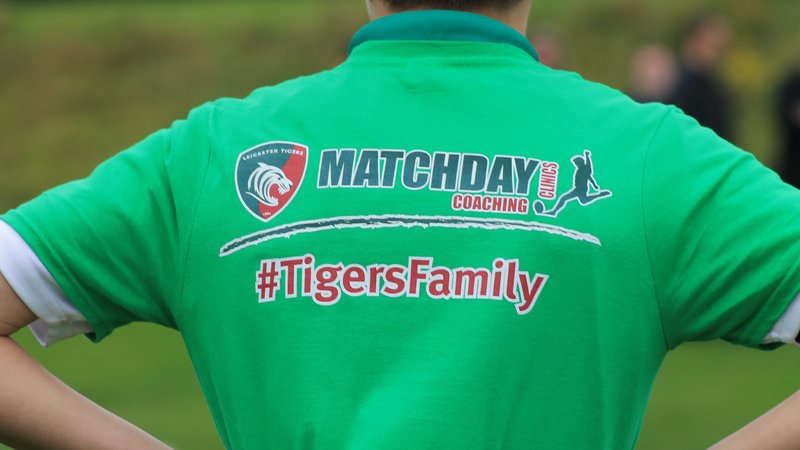